About the Sitcom -Currently in production

Community Watch The Sitcom will be presented as a Pilot to the feature film.
Mike, (played by Troy Parker) a true redneck at heart, is faced with the return of his long lost love Stephanie Dawn, (played by Kelyby Phillips)  while also having the local Community Watch characters deal with a finding a solution to a major problem. All of this takes place in Cole Camp and Mike's Greasy Spoon Restaurant/Bar.
Packed full of redneck fun, this comedy will be sure to having you laugh, gag, and shake your head.
Join in the fun as this redneck group solves crazy situations with crazy solutions!
Auditions Closed for this Production.

About the Film - Will be produced in the near future

Young author, Jame Mason, struggles to get his writing published and returns to his
families farm in order to finish his latest work.
As he settles in, things begin to disappear around the neighborhood.
When no answers come in his quest for the thief, James, along with his rambunctious redneck
neighbors form the, "Community Watch." Follow James and the gang as
they track down the elusive thief.
Auditions on hold as this time. 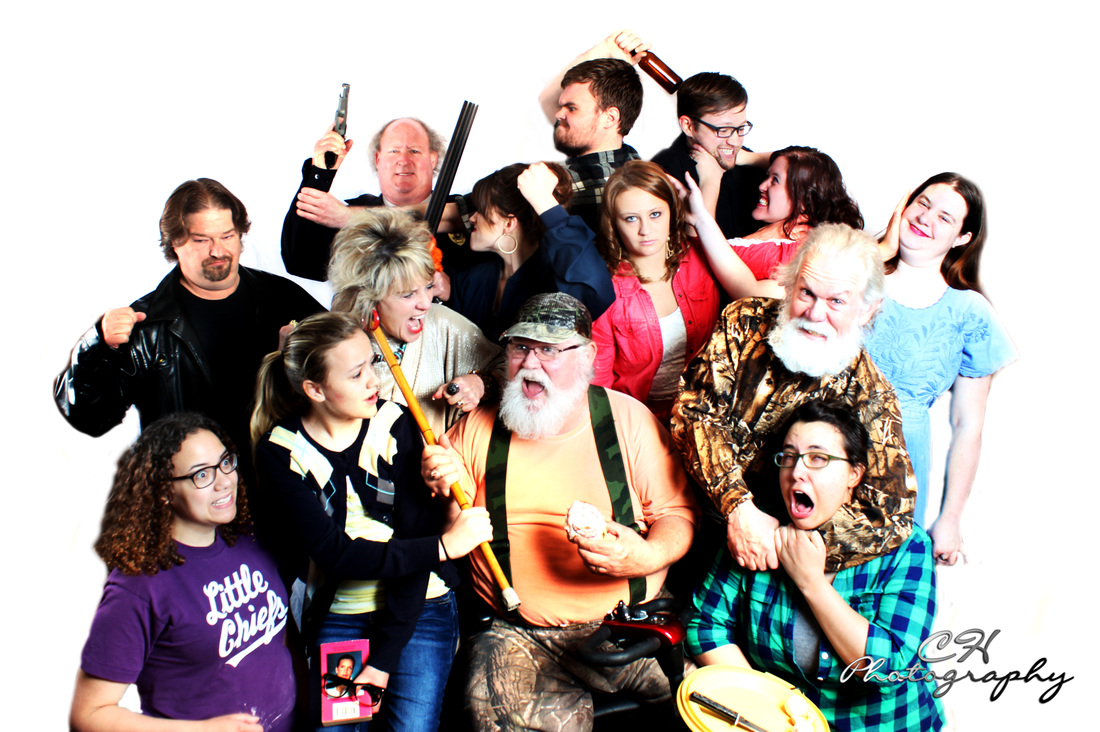